Hanging with DMA’s, The Living Statues, Oh My Love 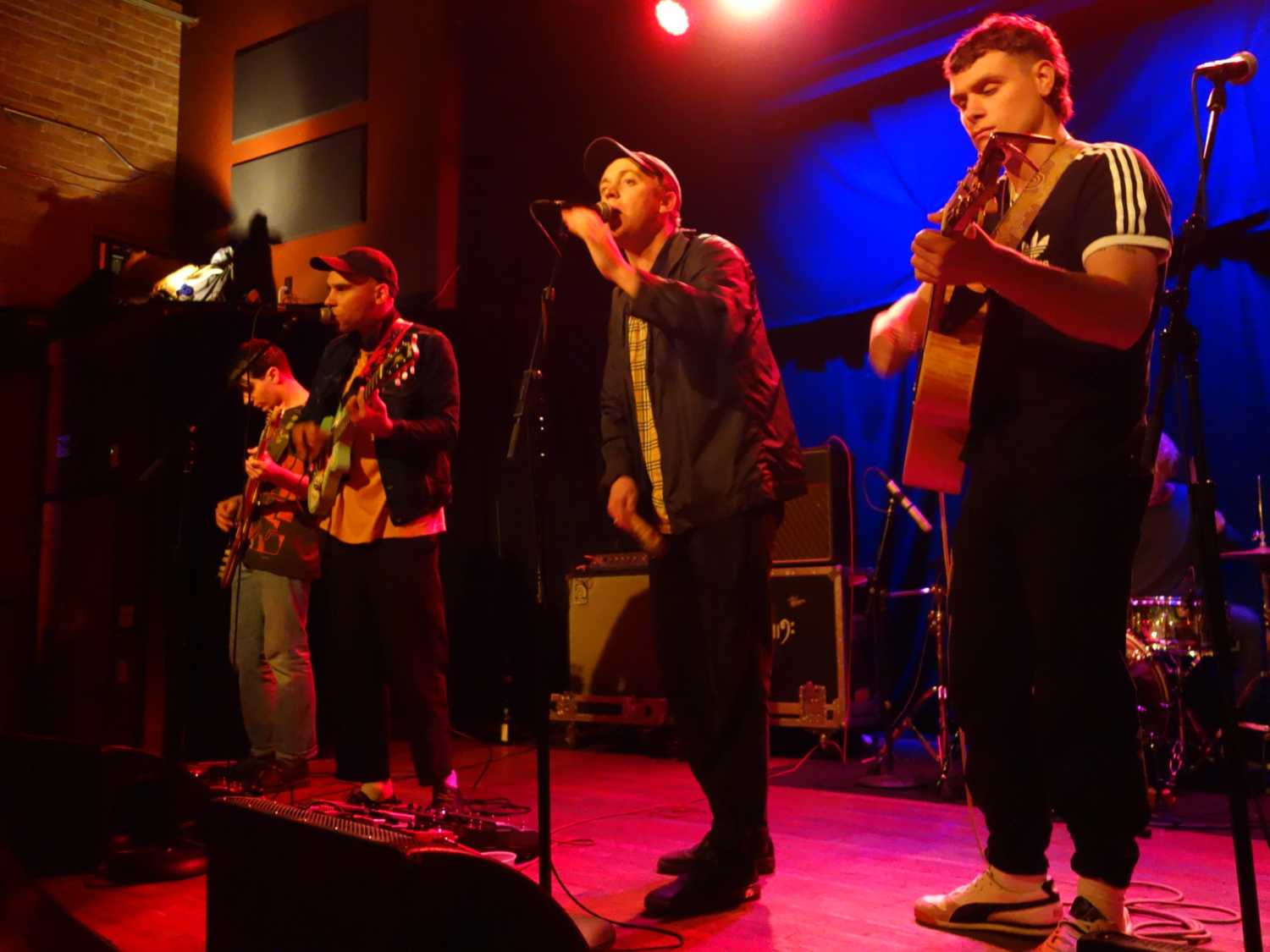 DMA’s were having a Spinal Tap moment. For some reason, their merchandise didn't make it to the venue and a fan wanted a t-shirt. “We’re waiting on an American company,” explains perplexed guitarist Johnny Took. The accommodating fan assures the band everything will be all right if they get the goods by their Bonnaroo gig.

It was only a year ago the trio of Johnny Took, Matt Mason & Tommy O’Dell – three best friends from Newtown, Australia were playing sweaty clubs and wooing audiences with their melodic pop. They caught a break at CMJ in New York and are attempting to conquer the rest of the U.S. and Europe. This tour started in London several weeks earlier and the DMA’s were spearheading through the Midwest on their way to high profile festival shows this summer. Bonnaroo, check, Lollalapooza, check, Outside Lands, check. The feeling in the back of your mind was you were catching them at the beginning of their rise in the states.

The first thing to note is the band morphs into a six-piece on the road with a bassist, drummer and additional guitarist. Strength in numbers as the club stage fills with more Australians than I’ve seen in a while. Originally conceived as a studio band, the trio quickly developed stage chops to squash any critics who might claim  they couldn't pull it off live. DMA'S Self-Titled six song EP had just come out and I had been streaming it nonstop in preparation for the show. The band shares a penchant for the Beatles and Britpop with Oasis and Squeeze. Infectious harmonies and sweet guitars with just enough edge to pull you in and not let go. Lead singer Tommy O' Dell hugs the mike stand like Liam Gallagher with a paddle-shaped hand tambourine to his side. The opening notes of Laced, the first single echo through the club. A small but enthusiastic crowd cheers the band on knowing this is a rare opportunity to see them in such an intimate setting before the festival onslaught. My favorite track So Low generates a few nodding screams from two woman who could have only recently heard the song. It was easy to see that same type of enthusiasm expanding over the next several months.

The scruffy crew decked out in some kind of Australian mod take on casual with an occasional baseball cap thrown in for good measure. They look like the school boy nephews of AC-DC Australian style. One thing is for sure the immediate liking to their songs was addictive.

"You'll like Minneapolis", I tell the band outside on the High Noon Saloon patio. DMA's were playing the 7th Street Entry the next night. They thanked me for coming to the show and promised a full albums worth of material and available merchandise the next time our paths cross.

A couple of Wisconsin bands kicked off the festivities. The Living Statues are meat and potatoes rock n roll from Milwaukee. Everything you need for a beer-soaked good time on the dance floor. Plus these guys play it cool, dressing well even though they have to be sweating profusely with all that energy generated on stage. This is the band to invite for your next keg party.

Hannah Luree fronts the newly synthesized trio of Oh My Love with a mix of Purity Ring laced vocals and hypnotic hip-hop beats. I could have sworn the last time I saw the band they were doing an indie-folk thing. I guess you can’t blame them for evolving. Even Mumford & Sons have ditched the folk leanings on their latest album. Luree does have a hauntingly beautiful voice and the dual synth players reminded me of Zola Jesus back when she lived in Madison during one of her more electronic band incarnations. A new album from Oh My Love is expected this summer and hopefully they stick with synth pop. It suits them well. 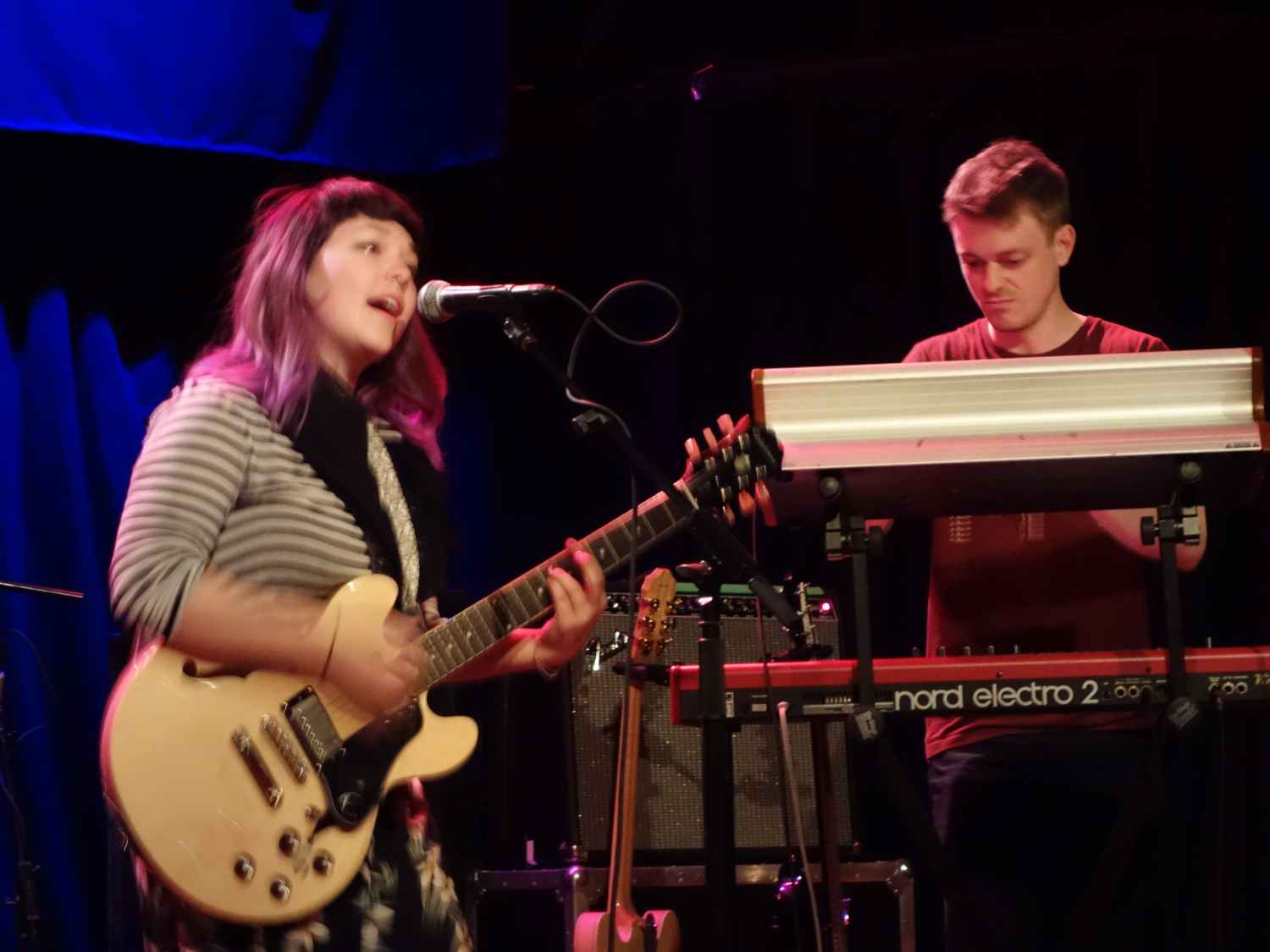 Support your favorite musician on Bandcamp! 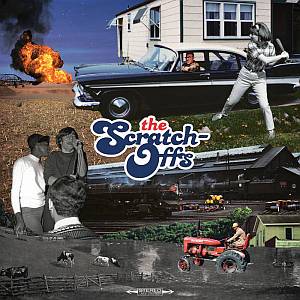 1. Getting vaccinated? Watch a Ramones parody of "I Wanna Be Sedated" from The Drag State

2. KennyHoopla teams up with Travis Barker for "Estella//"

6. Rock for YOUR Rights Live Video!

7. Watch Sylvan Esso break the live music drought and get out the vote in Madison

15. Get out the vote with Bon Iver and Tammy Baldwin